Passage Sets / One Pulls Pivots at the Tip of the Tongue (1995) is an interactive installation that functions as an elaborate navigable audio/visual poem. Seaman worked with Chris Ziegler on the programming/design of the work. Three projections comprise the installation, where one video and two data projections are presented as a triptych. The central projection enables the participant to navigate through a 150-image panorama with text superimposed over the image. The participant can navigate spatially by moving over the surface of the images - move left, right, up and down through an image grid presented on the central screen. Each image is tied to a related section of video, music and text that can be triggered (presented on the right hand screen). This video presents a spoken version of the same text that is scattered over the surface of the image. The user of the system can also select words and/or phrases from the image which lead them to a poem generator. All of the language from the work is included in four scrolling lists that enable the participant to build new poems or generate random selections. Each of these selections can be used to navigate back to the context of the panorama that they are drawn from. The user can explore meaning in relation to a shifting contexts, thus both emergent meaning as well as the experiential observation of meaning alteration is observed in the work. A third screen shows the computer constantly generating new poems lines, drawing from a related poem generator list to the one presented center screen. A German Version of the work has been authored entitled Passagen Kombinationen / Man Manövriert Drehungen auf der Zungenspitze (1996). The work is in the permanent collection of the Medien Museum, ZKM, Karlesruhe, Germany.

Click the image and move your mouse to Zoom in. 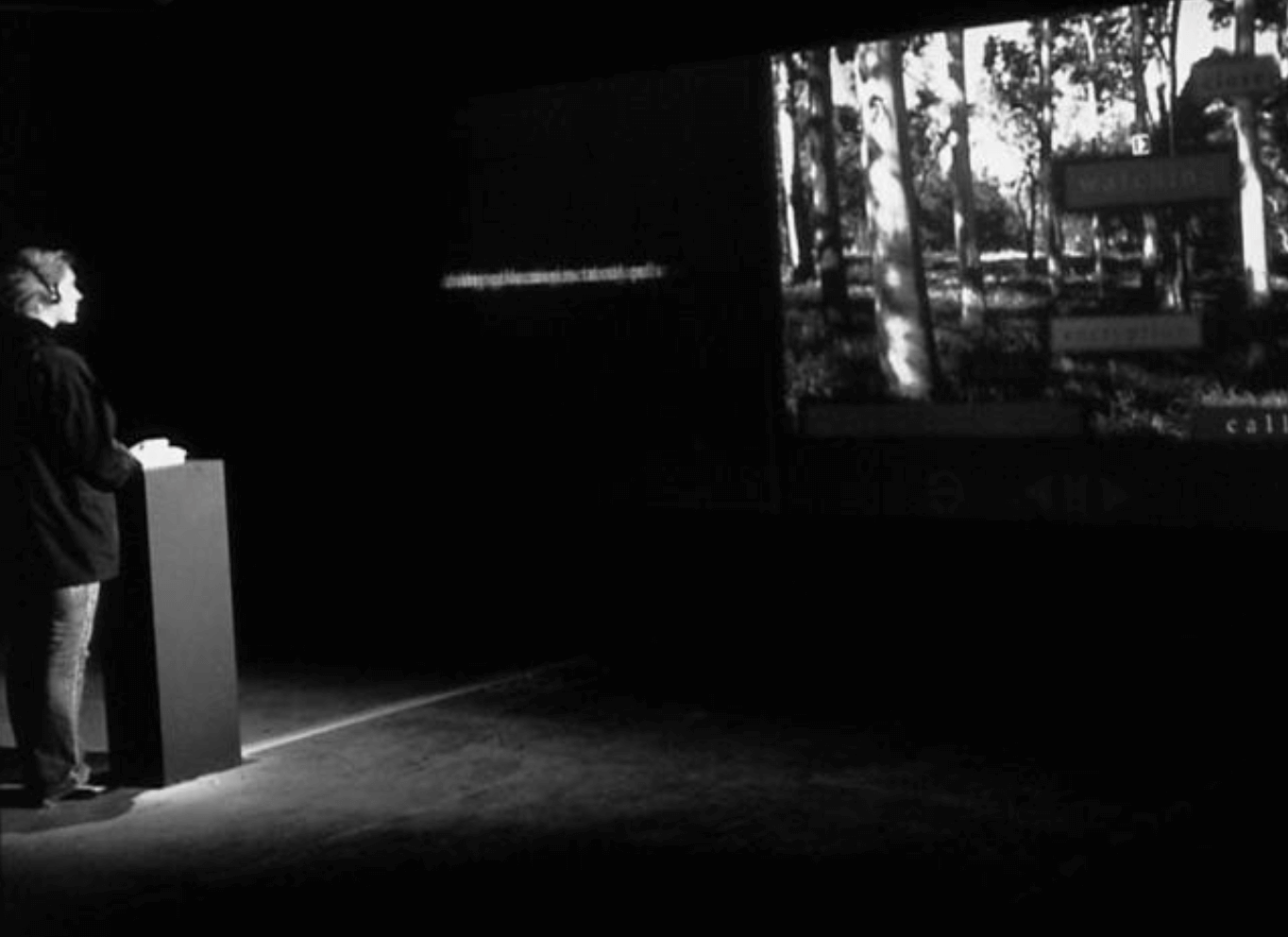