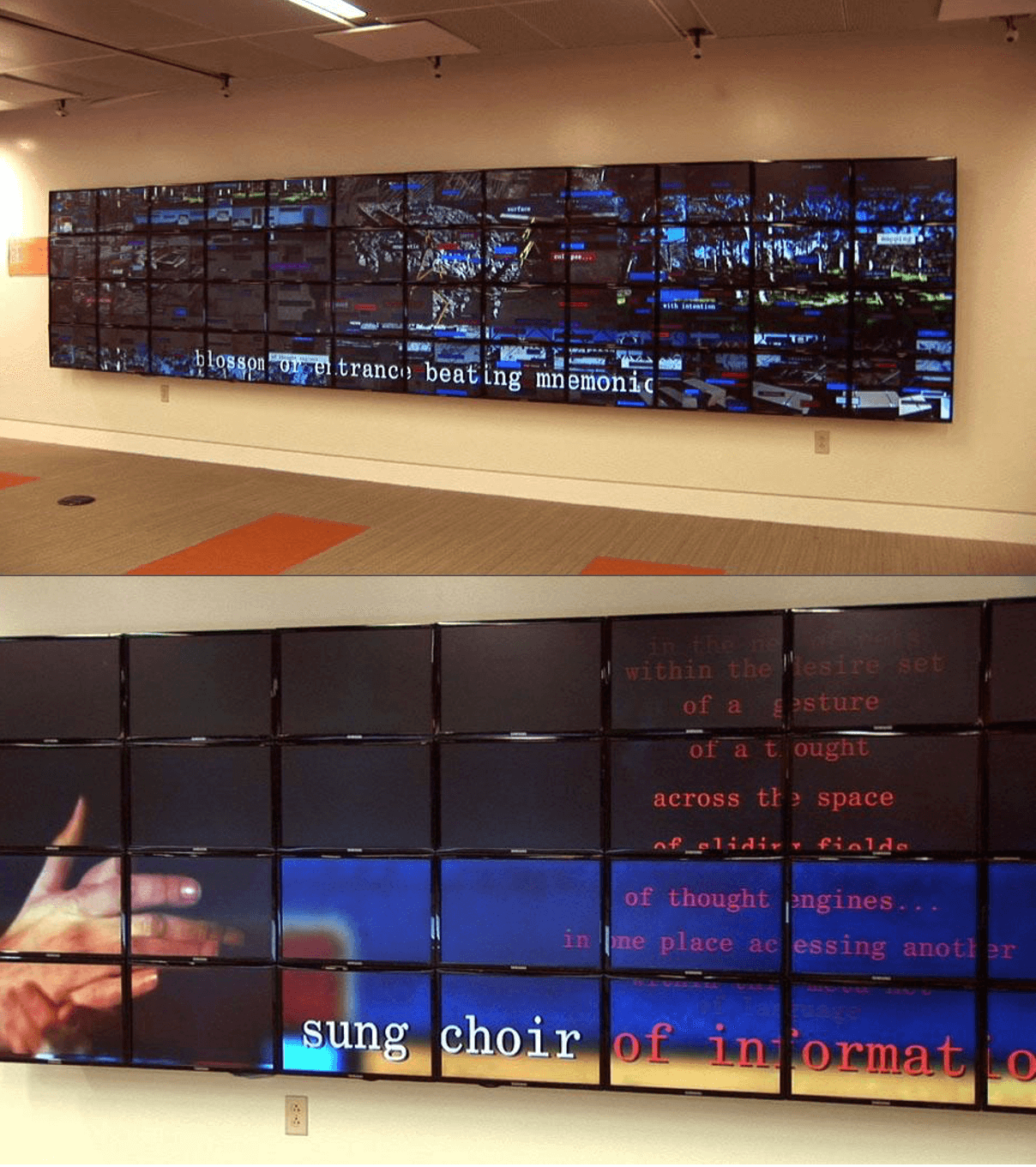 Passage Sets / One Pulls Pivots at the Tip of the Tongue is a generative visual poem. It includes an interactive poem generator. The users of the system can position themselves in front of the screen and select words and/or phrases from four lists that become visual as they enter into differing proximities in relation to the screens. Moving forward and/or backward, then stopping in the center of the field, enables the participants to make selections from specific lists authored by Bill Seaman. These words then flow across the screen and become part of an ever-changing line of text at the bottom of the screen.

The poetic text is juxtaposed with video and still image material, primarily architectural imagery, shot in and around Tokyo, Japan, and Karlsruhe, Germany, which contrasts the past and the present, and focuses on travel, motion and light. The piece explores reoccurring themes in Bill Seaman's work, including the conceptual displacement or complex "space" engendered by contemporary communication / sensual feedback systems, the notion that a person in one part of the world can interact in a sensual manner with another person existing elsewhere, and the potential phantom identities engendered by the computer.

The software is written in C++ and OpenGL. The viewer's body position is detected by an array of cameras mounted above the displays. The field is stitched and processed via custom camera software, also written in C++ and heavily dependent on the OpenCV and OSCPack libraries.