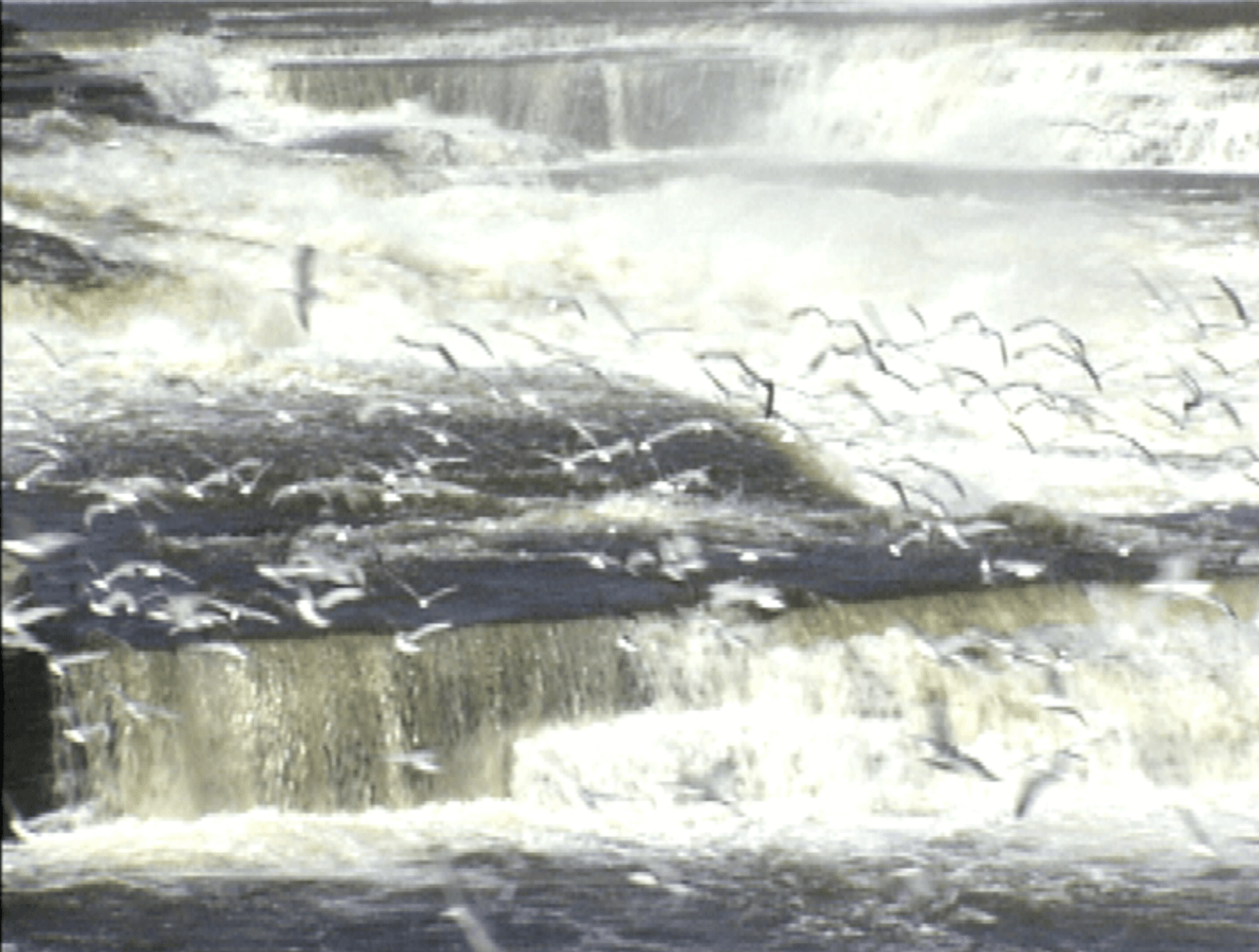 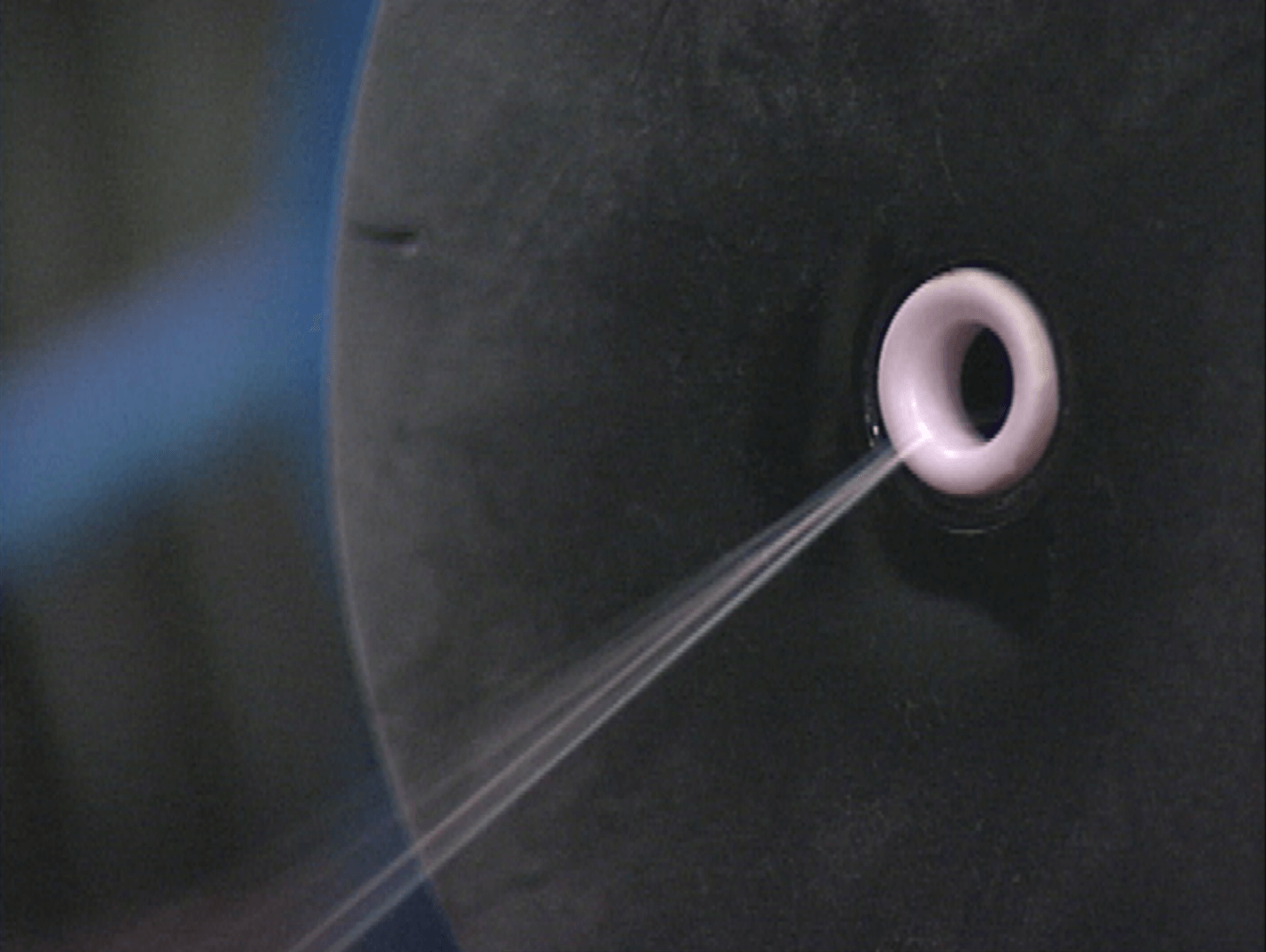 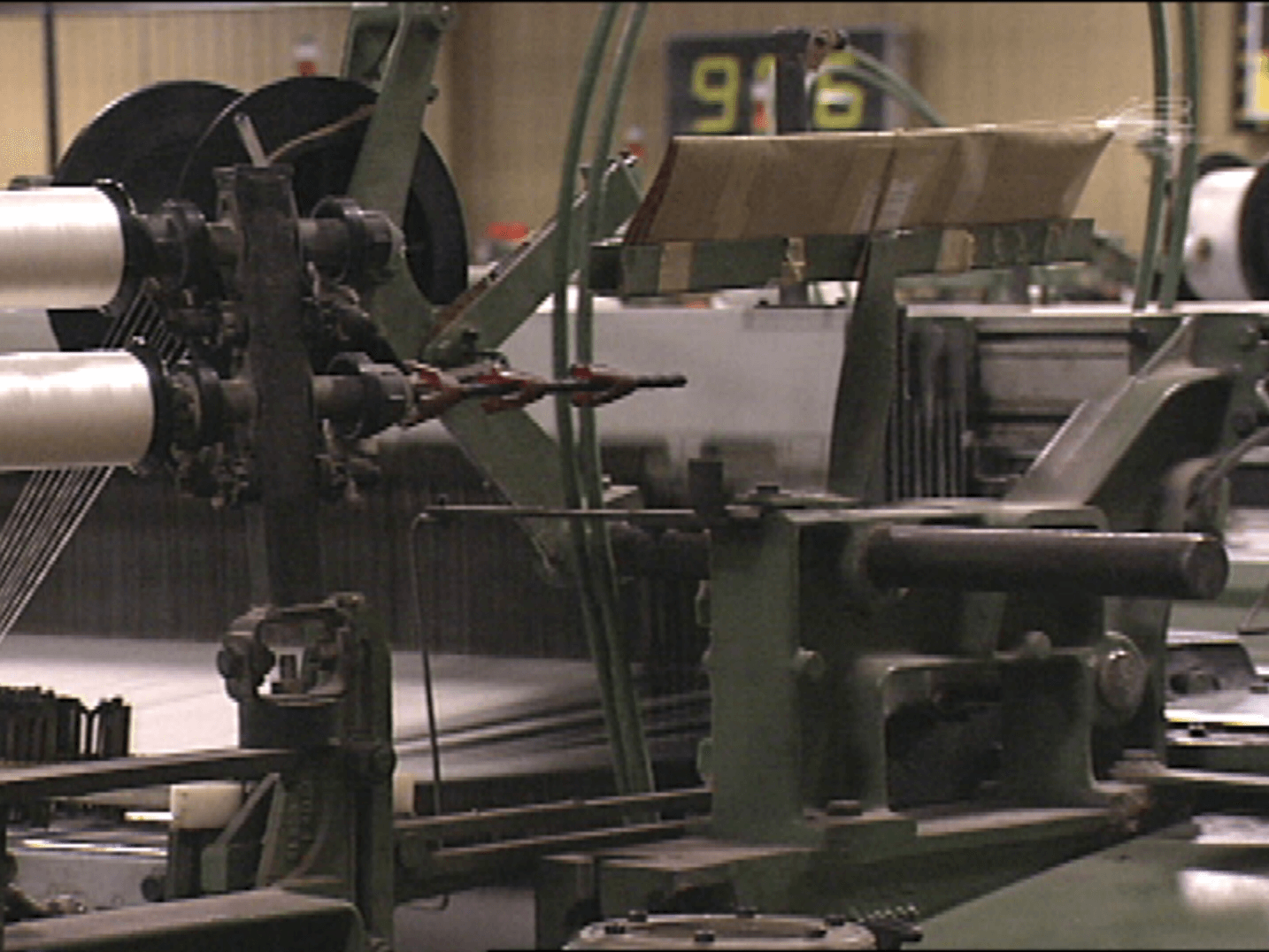 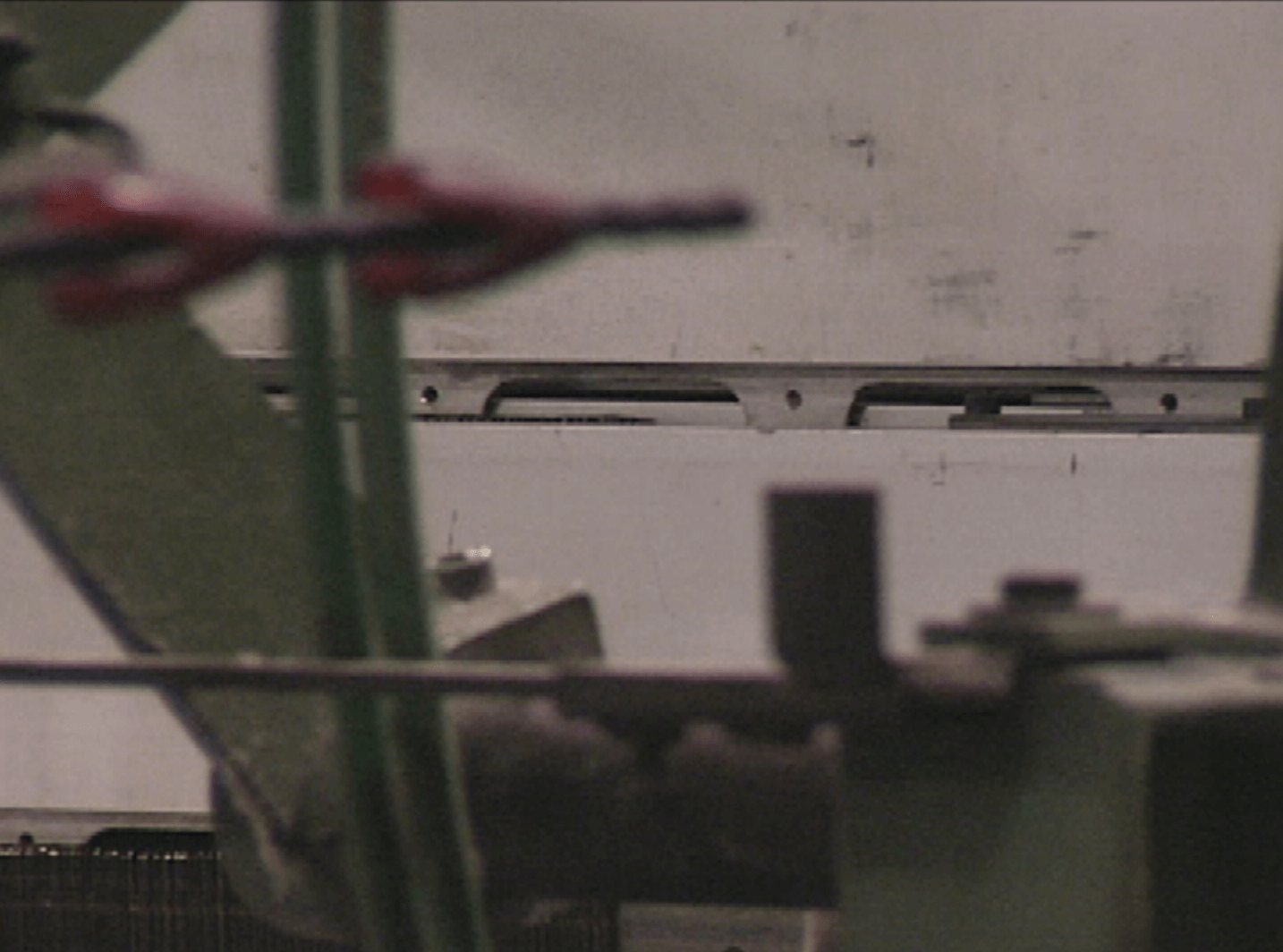 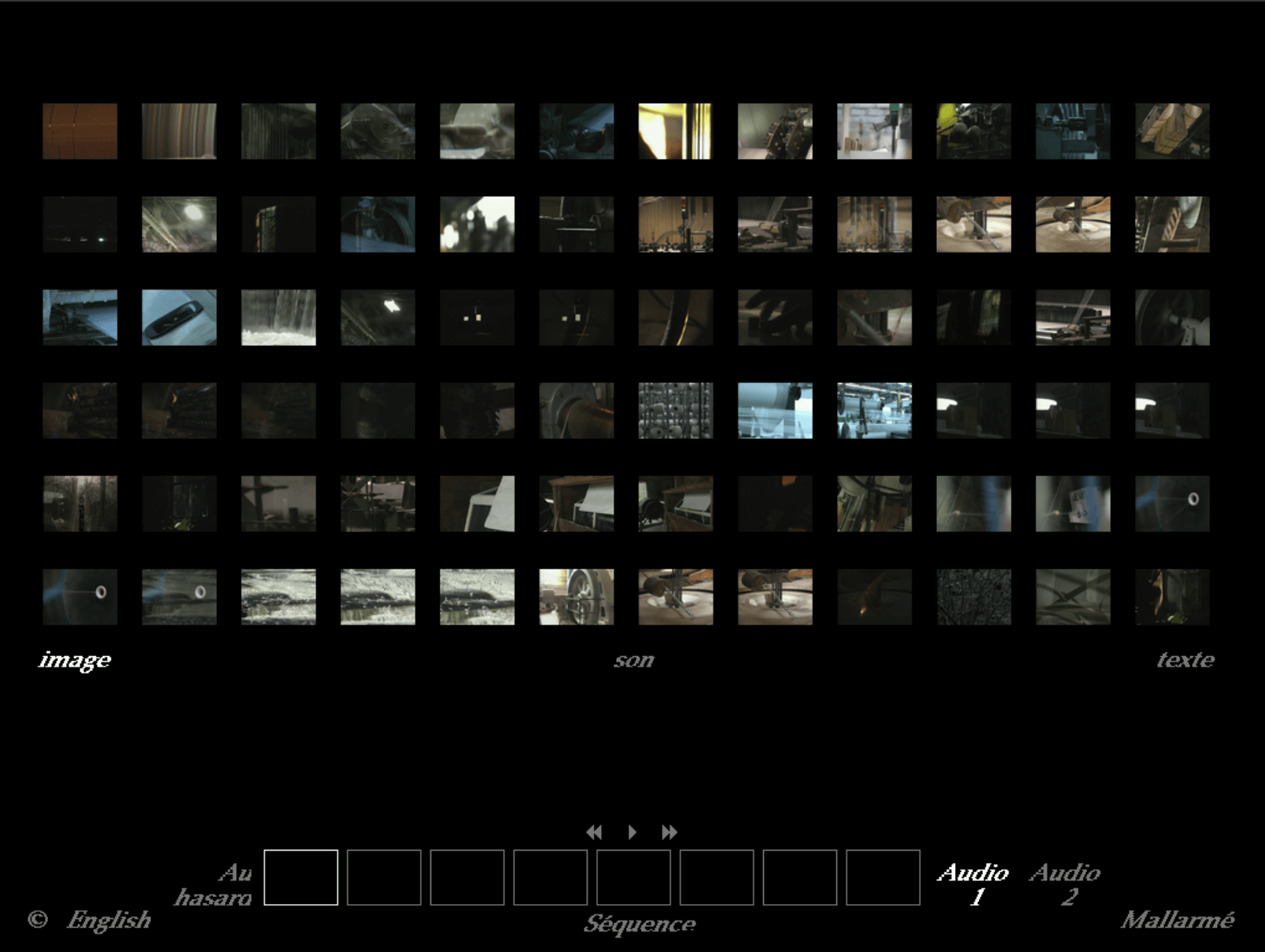 Red Dice / Des Chiffré (2000) was commissioned by the Canadian National Gallery and is now in their permanent collection. Seaman worked with Chris Ziegler on the programming/design of the work. The work presents a text by the Poet Stéphane Mallarmé - Un coup de dés jamais n'abolira le hasard, Dice Thrown Never Will Annul Chance, and an interactive audio/visual meta-text by Seaman. Large scale projections of both the interface and the visual portion of Seaman's audio/visual work are presented. The piece enables the user to view and listen to Mallarmé's text through the use of a Pen/Wacom tablet interface. When the pen touches on words, they are subsequently spoken. Small video icons are called up that register the potential to trigger related segments of an audio/visual text by Seaman. The work also incorporates a "Recombinant" section enabling the user to re-order Seaman's video, generate a new soundtrack by choosing from 144 different musical sections - layering up to seven at a time, as well as recombine Seaman's texts via this pen interface. The work functions as a companion work to Passage Sets / One Pulls Pivots at the Tip of the Tongue which was also influenced by the Mallarmé text.